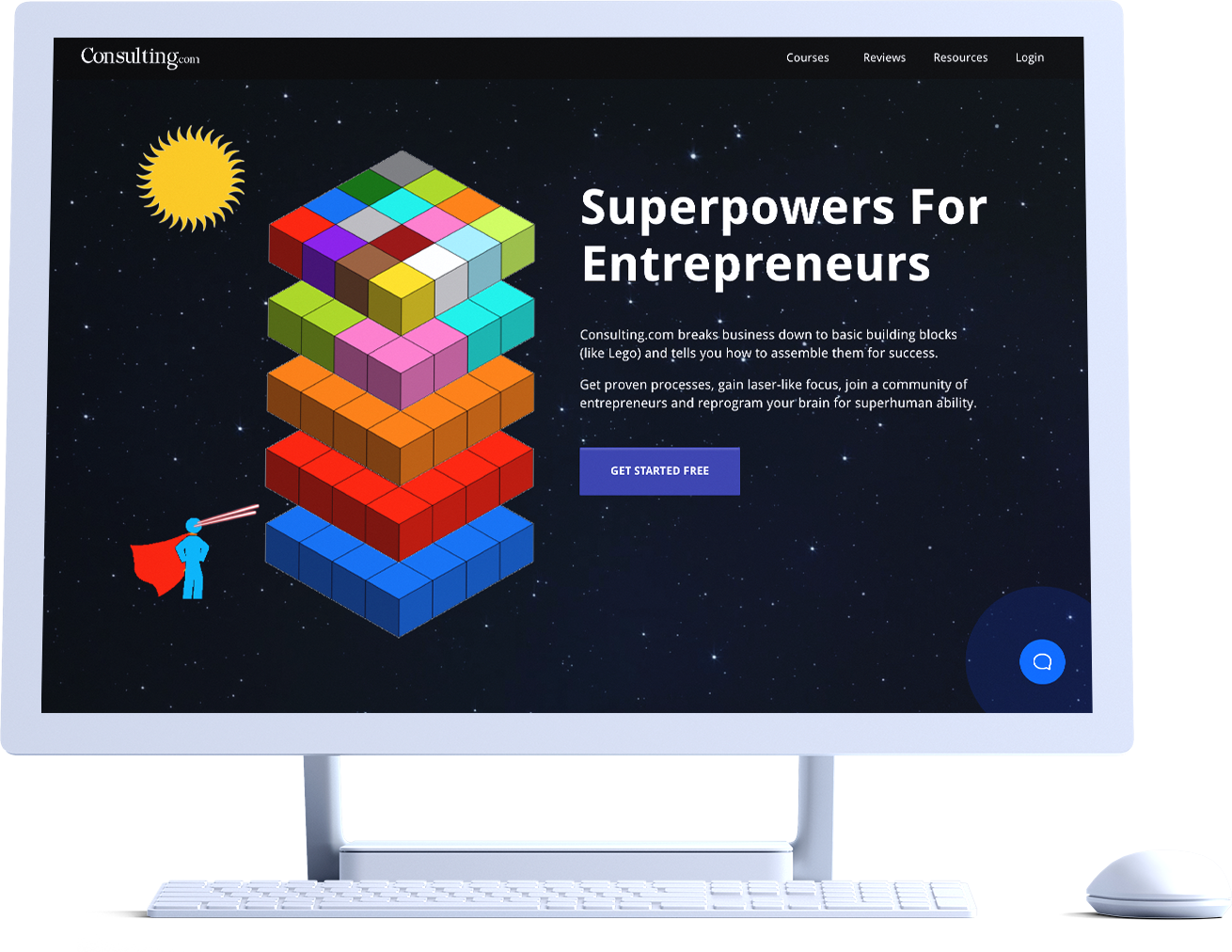 Consulting.com is an online education platform that offers curated training programs to teach entrepreneurs to become successful independent consultants. Consulting.com’s goal is to help everyday people have the freedom to work for themselves by starting profitable consulting businesses. Since its inception in 2012, Consulting.com has grown to over 10,000 paying customers and opened offices in New York and Dublin.

Consulting.com is intent on scaling their business and acquiring more customers for their education platform. As a result, they chose to advertise on Facebook because the platform’s reach and lookalike audience capabilities enabled Consulting.com to find users similar to their existing customer base.

However, there were two ways the team wanted to optimize the campaigns they were running on Facebook. First, the growth team had to manually update these audiences by pulling CSVs and uploading them weekly to prevent them from getting out of date. Since this was a slow, manual process, they couldn’t improve their campaigns as frequently as they’d like.

“Without Personas, our audiences stayed static for far too long. Making updates was cumbersome and time consuming, and we didn’t have the resources to make these optimizations,” said Nick Fisher, Director of Marketing at Consulting.com. As a result, company was overspending on stale audiences, which led to a decay in conversion rates over time.

Second, they wanted to improve their return on ad spend by creating audiences that were more granular than Facebook’s out-of-the-box tooling allowed. Consulting.com knew they wanted to target customers who would be more likely to pre-purchase a full plan (rather than the pay-as-they-go option), but technical hurdles prevented them from targeting customers in an automated way.

“Before Personas, we could only create Facebook audiences with limited behavioral combinations,” explained Fisher. Facebook allowed Consulting.com to build high-level audiences which included all customers who purchased an item. However, since the audiences were generic, many of the users that converted didn’t add great value to the business. As a result, Consulting.com couldn’t justify spending more on advertising because the return on ad spend was lower than expected. Instead, the growth team wanted to only retarget and build lookalike audiences off of users that purchased a particular plan.

Consulting.com chose to use Personas to optimize their customer acquisition efforts. Personas is a new product built on the Segment platform that automatically updates audiences for use in email and marketing platforms based on first-party data. Personas has three main components:

Personas is unique because it helps companies build specific cohorts of users beyond the URL-targeting Facebook Pixel supports natively. “I can create audiences of our best customers easily with Personas,” said Siddhesh Sahasrabuddhe, Business Intelligence Analyst at Consulting.com. “I just pick the purchase event, go to properties, and create audiences based on the amount paid. This is much faster than building unique queries in our database and manually uploading them to our ad platforms.”

As Sahasrabuddhe points out, information gathered from traditional URL-based audiences is limited because user actions are hard to identify. Personas, on the other hand, allows marketers to build cohorts based on tracking multiple in-page events to create seed audiences that kickstart more effective lookalike audiences. “We're using Personas for situations when URL-level data alone won't enable the types of audiences we want to build,” said Fisher. “Now that we can create more granular audiences with Personas, our Facebook return on ad spend has increased significantly,” Fisher stated.

Personas allows Consulting.com to run experiments faster by creating ready-to-use customer segments. The time required to begin the experimentation process is now 11% faster. Jordan Menard, the User Acquisition Lead at Consulting.com, commented on Personas' ability to create lookalike audiences: “Hands down the most valuable result is the new seed audiences we can create that give us more relevant users to acquire.” Now, rather than using wider audiences that include every purchaser, Personas allows Consulting.com to strictly target high-value customers.

Because Personas automatically updates lookalike audiences, the growth team can continually optimize their campaigns without any work. Menard shared, “We're conservatively seeing a 10% increase in ad performance on Facebook using Personas. Our new campaigns have already resulted in more than $650,000 in revenue.”

As a next step with Personas, Consulting.com plans to change messaging based on a customer’s context with the company. Menard explained: "As customers move down the funnel, we can show them different ads based on what actions they’ve taken so far. It’s yet another step in allowing us to acquire better customers at a lower cost.”