Segment made it easy for Prosper to access data, answer questions, and make faster changes than ever before by using omnichannel data collected from its iOS and Android apps, website and servers. 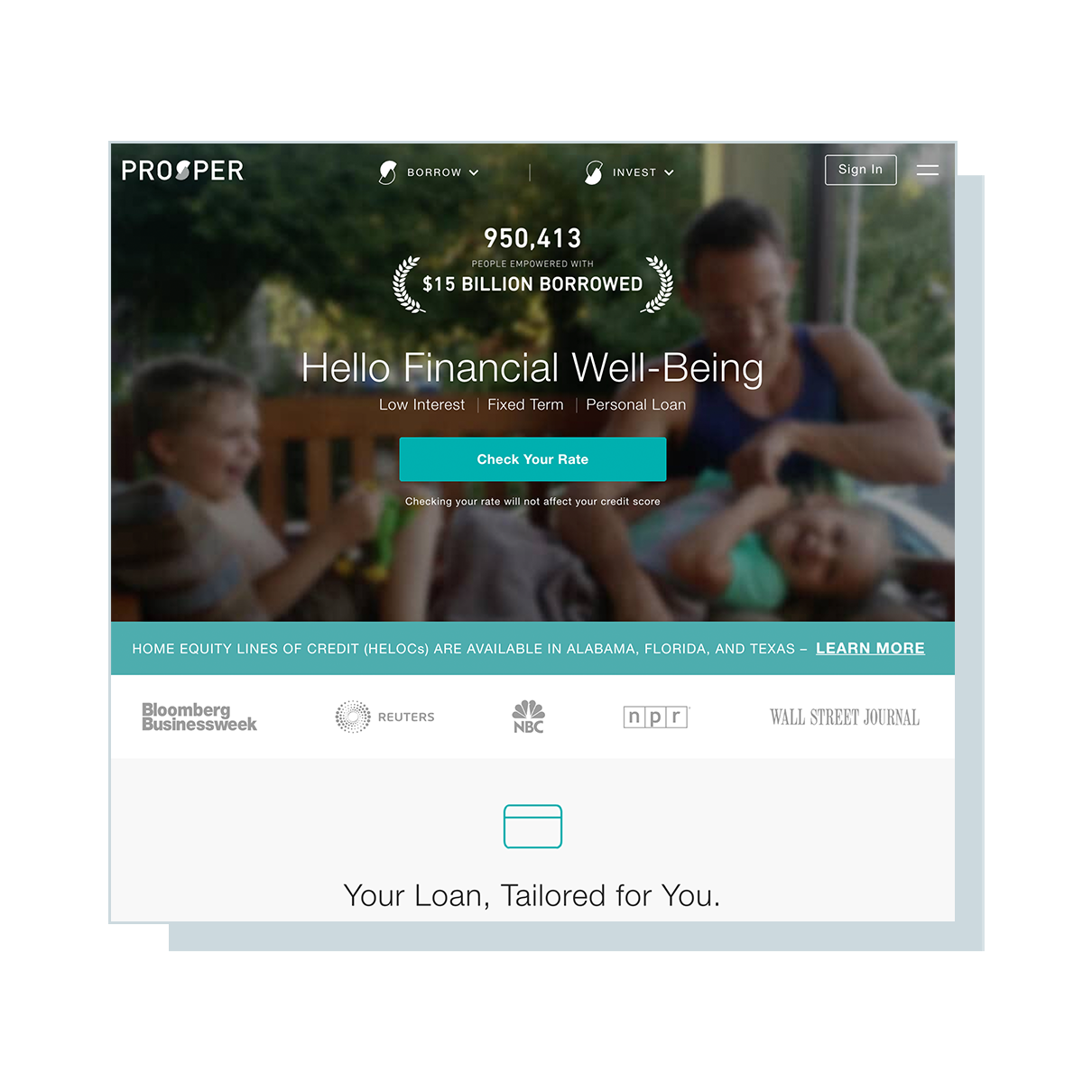 The Prosper product team needed a faster way to integrate analytics and marketing tools. Analytics are only one part of the team’s responsibilities, so they often had to prioritize product improvements over embarking on lengthy vendor installations.

As a result, when the marketing department requested they install Adobe SiteCatalyst, the product team had to delay it for months before they could set aside the time to properly instrument the service.

“When I started as VP of Product at Prosper Marketplace, Segment was the one piece of software I could really get behind. It was clear to me that Segment would save my team precious time they were spending implementing analytics tools, and we’d be able to service requests from marketing much faster than before.”

Using Segment as their Customer Data Infrastructure to collect, translate, and route their analytics data to all of their third-party analytics tools, Proper empowers teams to turn on the tools they need with a flip of the switch.

When the Prosper team found Segment, they decided to stop working on the direct Adobe Analytics integration they’d been playing around with for months, and use Segment as their data infrastructure to collect, translate and route their analytics data to all of their third-party analytics tools.

It took one week to install Segment, and then the marketing team was able to turn Adobe SiteCatalyst on with the flip of a switch. Beyond Adobe SiteCatalyst, Prosper also received instant access to new tools for live chat, a/b testing, funnel conversions and social media campaigns through the Segment control panel.

“I took one look at Segment and immediately knew it was the right way to do third-party integrations. The amazing thing to me is that it actually works. Before Segment, it wasn’t clear that you could normalize data in a way that every tool could accept. Segment has made an impressive breakthrough.”

Because Segment reduces the vendor installation process from months to minutes, Prosper has been able to quickly and easily get started with Adobe SiteCatalyst, test competitors and trial new categories of tools.

Turning on and off services is so easy, that the team activates some analytics tools only for the duration of marketing campaigns. For example, they turn on a live chat service when they release new landing pages, and turn it off again once they have received enough feedback.

“When I turn on any tool in Segment, I can start fully utilizing that service in two minutes with zero code. That’s amazing. Just one integration could take months without Segment.”

“When I turn on any tool in Segment, I can start fully utilizing that service in two minutes with zero code. That’s amazing. Just one integration could take months without Segment.”