How heycar redefines the customer experience with Segment and Mixpanel

With Segment & Mixpanel, heycar saved more than 1,000 engineering hours, and is now able to quickly launch and validate products. 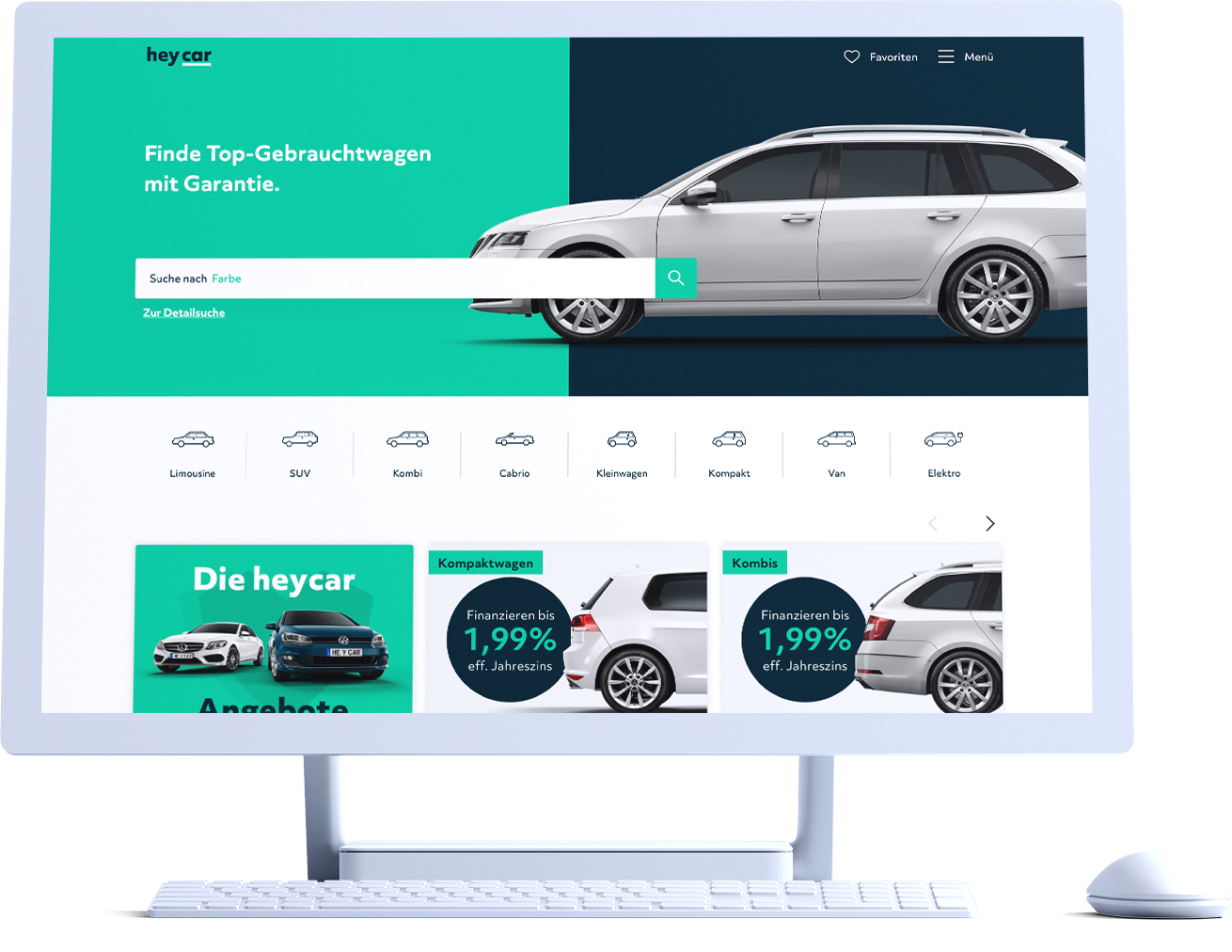 “Segment was the perfect partner for us because they provided not only a data collection solution but also a really nice way to integrate with our other MarTech tools.”

heycar is a user-friendly online platform for used cars of all makes. Founded in 2017 in Germany and launched in the U.K. in August 2019, the company is on a mission to bring greater trust and transparency to the used car market.

heycar built a dependable offering by partnering with vetted dealers and only listing vehicles under eight years old, with mileage of less than 150,000 kilometers, and with full warranty. Users can search the inventory of over 400,000 used cars quickly and easily online.

Online auto sales are a mature market in Germany, dominated by two main competitors. Because of this, heycar’s launch into the German market had to be flawless. Despite these high stakes, heycar’s product engineering team was tasked with building a launch-ready product in just three months.

As Francis Tuason, Head of Business Intelligence said, “You can imagine the Herculean task we had of getting a product to launch in three months. Part of the problem was not just building the frontend but also the backend microservices. We also had to consider how those services would integrate with our other marketing and analytical tools so that we could scale quickly while being compliant with local and EU laws (GDPR).”

To further complicate matters, soon after the launch heycar realized it needed deeper visibility into its customer funnel. This would allow heycar to understand how its users were interacting with its product and uncover opportunities to improve and innovate the customer experience. “After our launch it was clear we couldn’t get by with some of the tools we initially implemented. We needed to mature our tech stack.”

The first thing heycar did was implement Segment. “With three months to build a product, we couldn’t afford to use our engineering resources on building our own tracking and data pipelines. After some research, we identified Segment as the scalable solution we needed to not only implement reliable collection, but to also send that data to our different MarTech tools and to our data warehouse,” said Tuason.

Additionally, heycar was looking for a tool that could scale with it as it grew post-launch.

Once heycar launched, it started evaluating tools for deeper product analysis. With no dedicated business intelligence team at the time, heycar needed a simple solution to get deeper visibility and understanding of how customers were interacting with its product in order to effectively determine how to optimize product features. “We identified Mixpanel as a solution we were interested in," said Tuason “and the key for us was that Segment had an integration capability with Mixpanel already. That was a bonus because then we could easily get Mixpanel in production without requiring additional engineering efforts. It was a win-win for everyone.”

By using the powerful combination of Segment and Mixpanel, heycar was able to send data already captured by Segment to Mixpanel without any extra integration work. From there, heycar could use Mixpanel to get a view into user interactions with heycar’s web and mobile app and use those insights for more targeted communication and improved product development cycles.

The results of integrating Segment with Mixpanel have been overwhelmingly positive for heycar. By purchasing Segment instead of building its own data pipelines, heycar saved more than 1,000 engineering hours since its launch.

Backed by the Segment and Mixpanel integration, heycar's product development cycle was significantly accelerated, allowing it to launch and validate products faster than ever before.

The Segment and Mixpanel integration also empowered users throughout the organization to be more data-centric. heycar realized a 4x increase in conversion rate and 3x increase in user retention because it unlocked greater user behavior visualization across the entire organization. “Segment and Mixpanel provided shared data ownership and responsibility across engineering, BI, Product, and Marketing," said Tuason.

Finally, with a clear look into its funnel, heycar was able to quickly pinpoint problems and potential opportunities. All of this was made possible by Segment’s ability to collect and distribute clean, accessible customer data, and seamlessly integrate it with Mixpanel.