Facebook Ads and Instagram Ads make it easy to reach lots of potential customers, but how do you target those who are more likely to make big purchases over time?

One way to do this is to create lookalike audiences based on spending behavior. These audiences allow brands to reach their ideal buyer personas automatically, including the types of potential customers you might not reach with email marketing or other channels. Lookalike audiences are a proven route to growth for e-commerce brands, as they allow you to expand your audience while maintaining high ROAS.

This recipe will help you avoid building audiences manually, which is time-consuming and often inaccurate, as “likes” and interests are not a great predictor of spending behavior. Instead, we will show you how to continuously target a similar audience to your highest-spending customers -- the types of customers who have proven to be loyal to your brand and more likely to maintain a higher AOV (average order value).

We’ll show you how to build a group of customers in Personas filtered by `customerLifetimeValue` and sync this as a custom audience with Facebook. We will focus on Shopify stores but you can apply the same principle to any e-commerce site, as long as you can capture customer lifetime value as a custom trait.

For this recipe we need to capture the lifetime value of the customer; the sum of all the customer’s orders, less any refunds or cancellations. 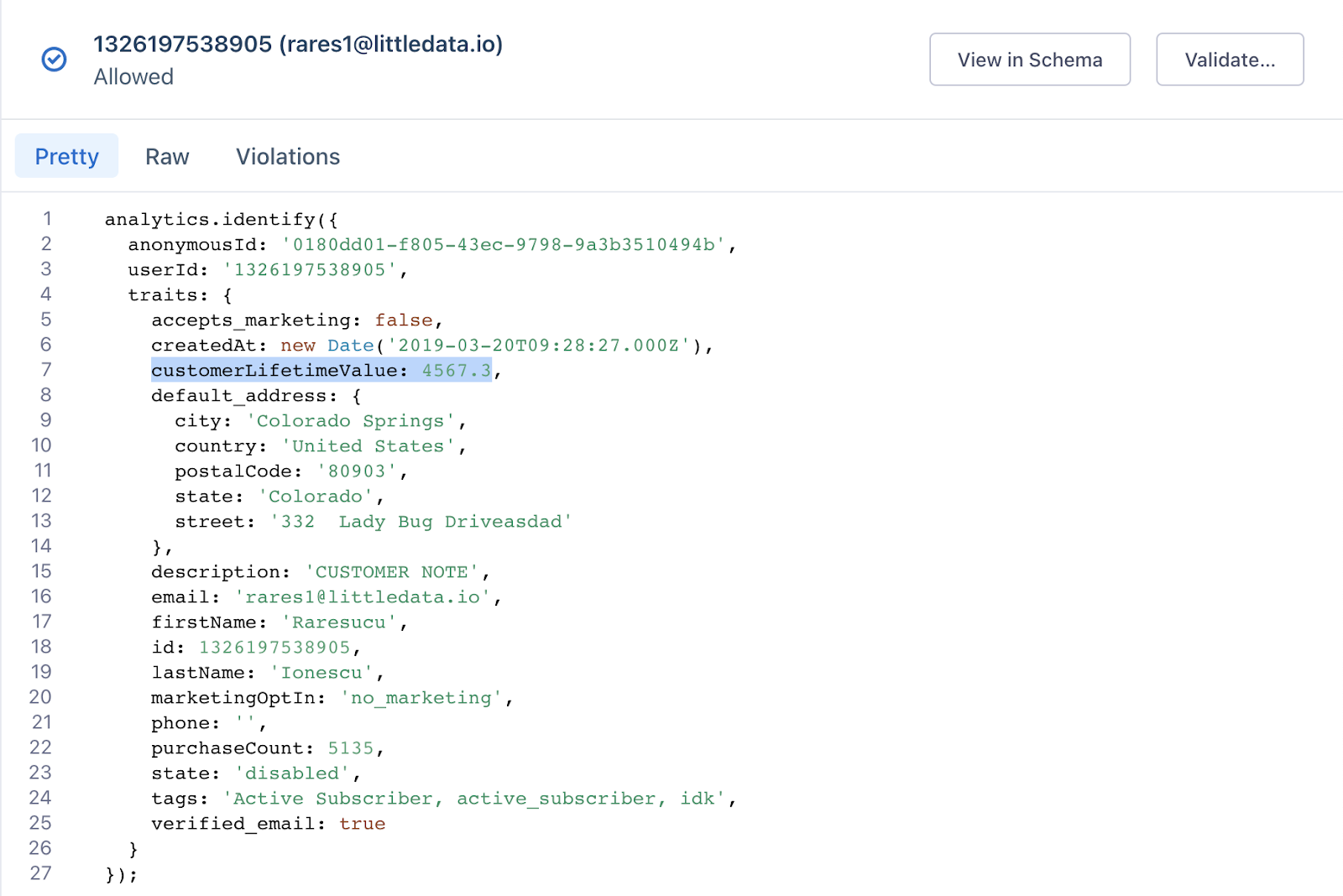 In Personas you can build an audience of the ‘Highest spending’ customers, consisting of customers whose lifetime value is greater than a certain spend. 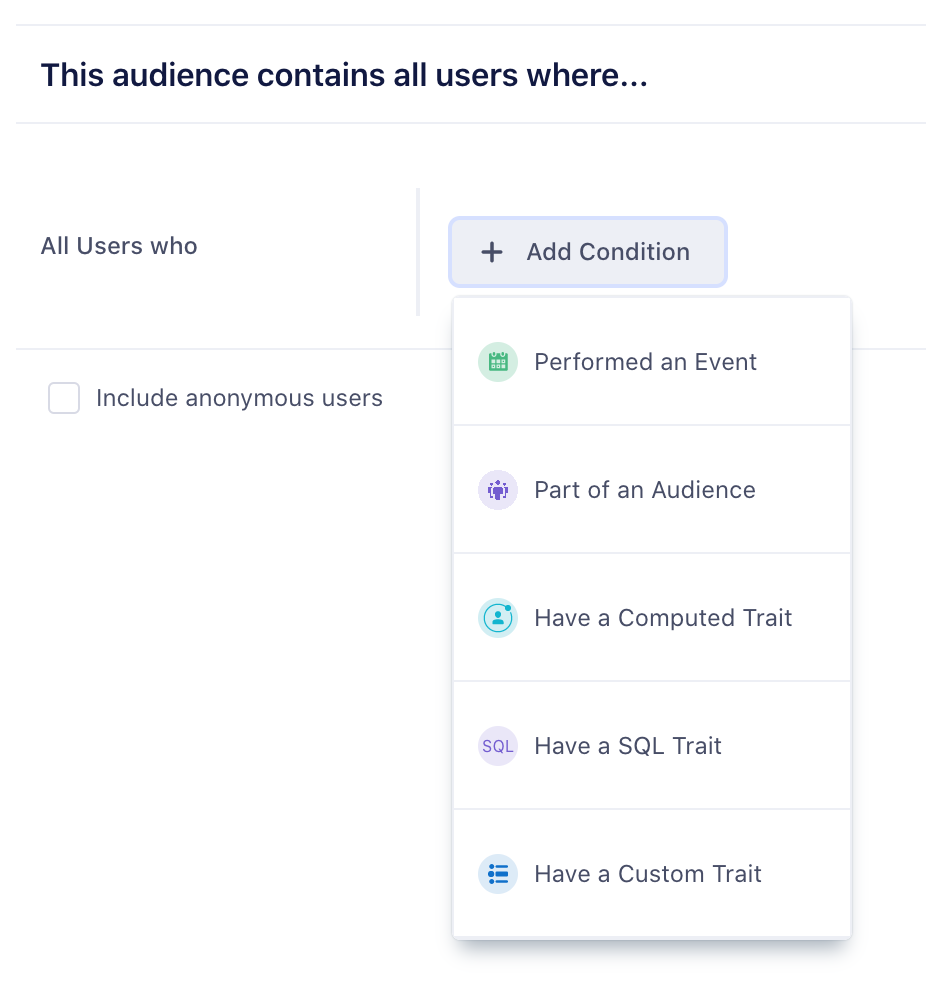 From the + Add Condition dropdown select Have a Custom Trait, then select customerLifetimeValue.

You should pick a customerLifetimeValue which is top decile or even top 5%. For example, if your average order value (AOV) is $100, the audience you want to build should have an LTV of over $500. You can calculate the top decile by exporting the whole customer list and LTV value into a spreadsheet, sorting by descending order of value, and then scrolling to 1/10 of the list length.

You might want to further filter your audience by when they last purchased, or how many times they have purchased.

Now you have created an audience of high-LTV customers, but you still need to sync this audience with Facebook. Set up the Segment Personas > Facebook custom audiences destination to sync the new audience hourly with Facebook.

Every time a customer makes a purchase on Shopify which brings them into the ‘Highest spending’ audience, this user will be added to the Facebook audience within an hour.

Note: Facebook requires a source audience of at least 1,000 customers to build a lookalike audience, but only a minority of your customer emails will likely match to a Facebook account. So we recommend building an audience of no less than 2,000 customers. Read more about audience size.

Facebook Ads allows you to create a lookalike audience based on the source ‘custom audience’. Facebook users with similar demographics, interests, and locations will be selected for advertising. This should dramatically increase the return on investment from your Facebook Ads spend. 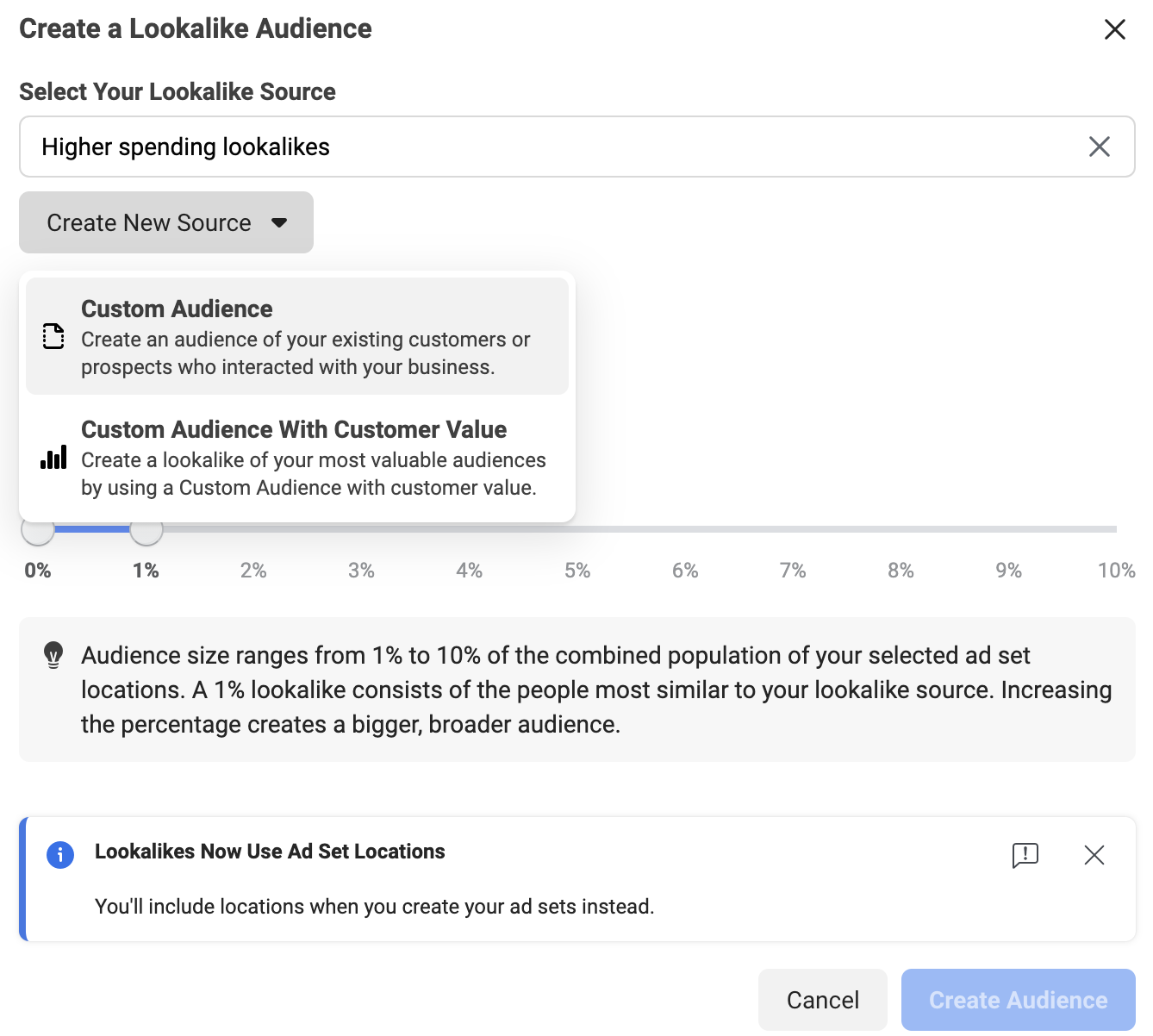 Facebook allows you to create multiple lookalike audiences from the same source audience, with varying levels of similarity.

Of course, every business is unique, but you should usually get the best results from bidding highly for a highly targeted audience, and less highly for a broader match.

Here’s what we’ve done in this growth recipe: