At Segment, focus is one of our four core values. But it was difficult for team members to focus in the office, so in June we ran an internal team survey about what helps and hurts focus. The results showed that “chatter and noise” was one of the biggest culprits for distraction around the office. “Slack group channels” came in second.

These answers left us with two difficult questions: how do you solve a noise problem in an open floor plan? And where is the noise even coming from?

To get to the bottom of it, I decided to build an iOS app to collect decibel levels from around the office. We found that noise levels varied widely throughout the office, and using the new data, we changed the office layout to increase our ability to focus. Numerically speaking, the increased focused time (as measured by survey) has been equivalent to hiring 10–15 teammates. And beyond the numbers, it feels great to focus more. 😃

Where is the noise coming from?

At first we thought we were just being a bit too chatty. But demanding “be quiet!” is horrible in a collaborative work environment. We also noticed something odd: when people walked into our office they’d often say, “Wow! This is one of the quietest offices I’ve ever been to.” Of course, the survey said the opposite… that the office was noisy and distracting.

This discrepancy was particularly confusing because our office is an open floor plan. Sound ought to travel well around such a big open space. It was strange that we had two widely divergent stories around the quietness and loudness of the office. 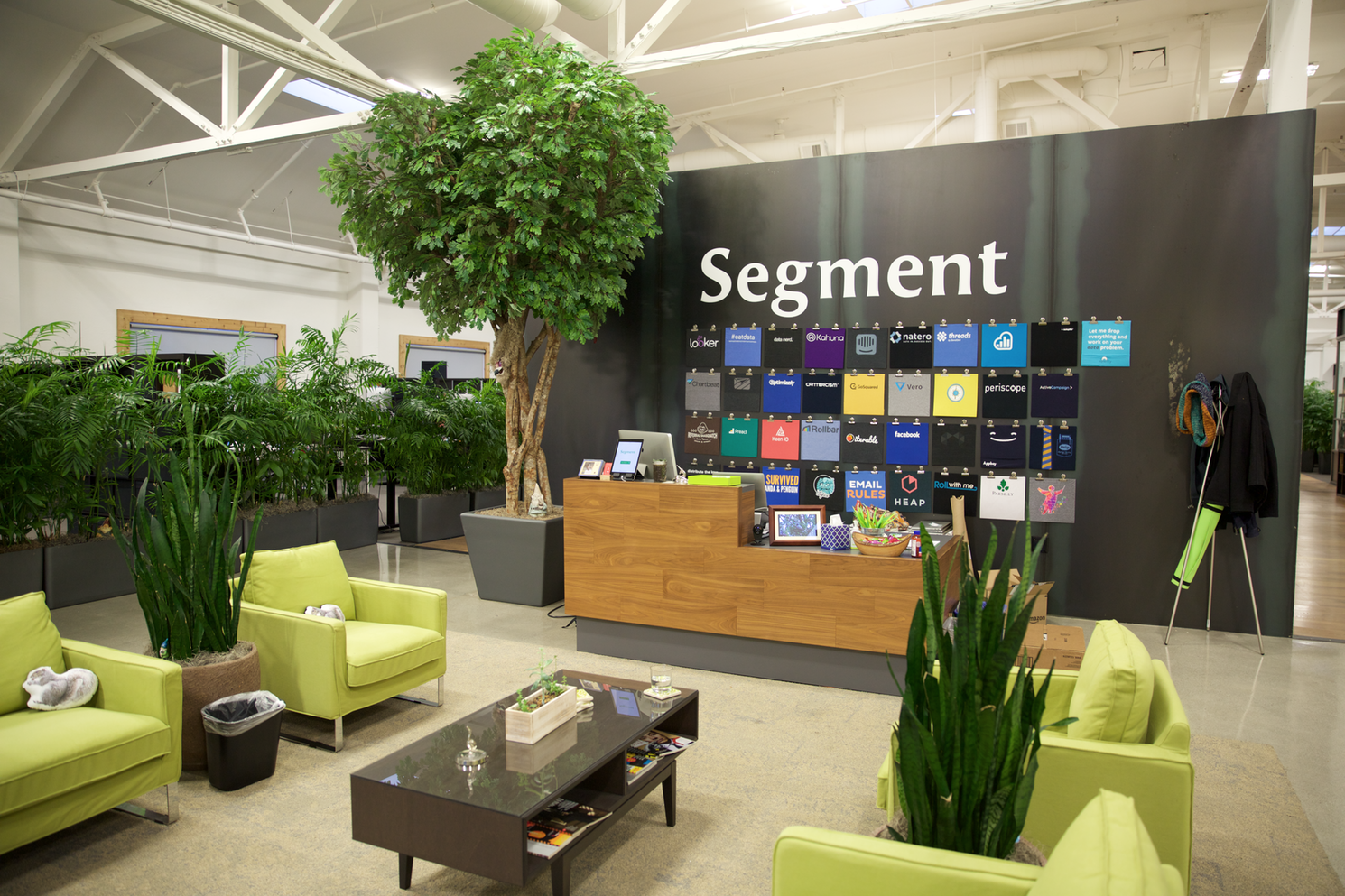 And here’s our floorplan showing the lack of walls… lots of ways for sound to bounce around (view above shown in blue): 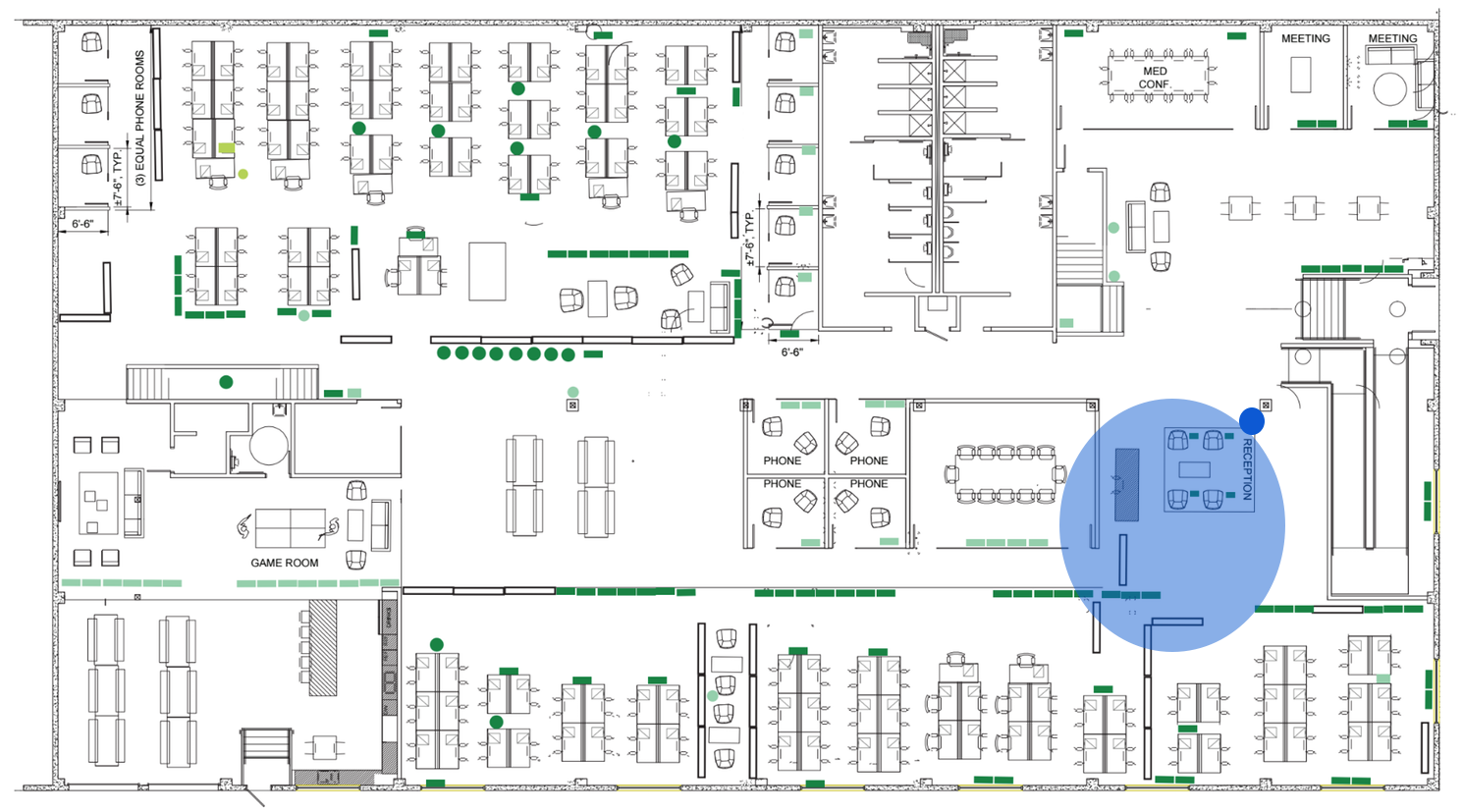 The conflicting anecdotal stories from visitors and teammates were perplexing. To get to the bottom of things, we needed hard data. And what better way to collect that data than the ambient sensors called iPhones already sitting around our office? So I built an app to record decibel levels in different areas and give us some real data to understand the situation.

The iOS app is tiny: it uses the Apple AVAudioRecorder class’s level-metering to passively collect and report average and maximum ambient decibel levels every 10 seconds to our server monitoring tool Datadog. We’ve open-sourced our Decibel noise-recording app for you to use. Just add your Datadog API key and off you go. 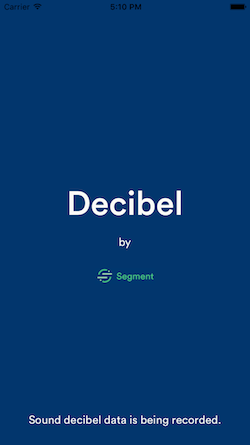 Originally I planned to ask a bunch of people to install it on their phones around the office. But then our VP Engineering had a much better idea: deploy it on the iPads we have outside every conference room.

Below you can see our data collection points (iPad minis) as red dots outside each room: 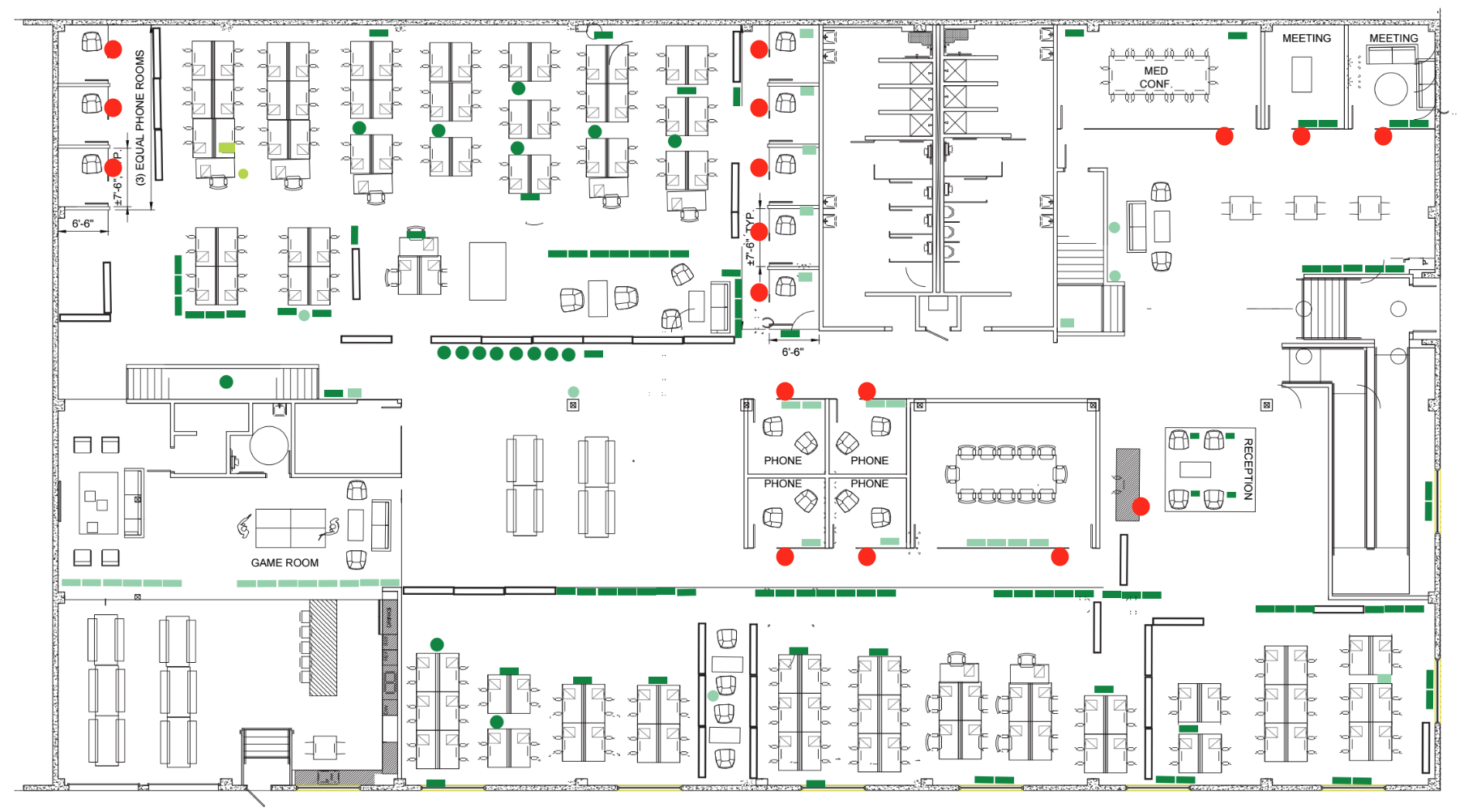 The graph below shows measurements from August 31, 2016, clearly showing spikes of noise in the office throughout the day (the absolute values are arbitrary, but the data is good for relative comparison):

Among other things, you can see a full 10 dB difference between the quietest and loudest parts of the office! 10 dB feels roughly “twice as loud,” so this is a big difference!

Finally, here are the average noise level results (plus some manual interpolation of the sparse data collection points) overlaid on the floor plan of the office (red loudest, green quietest): 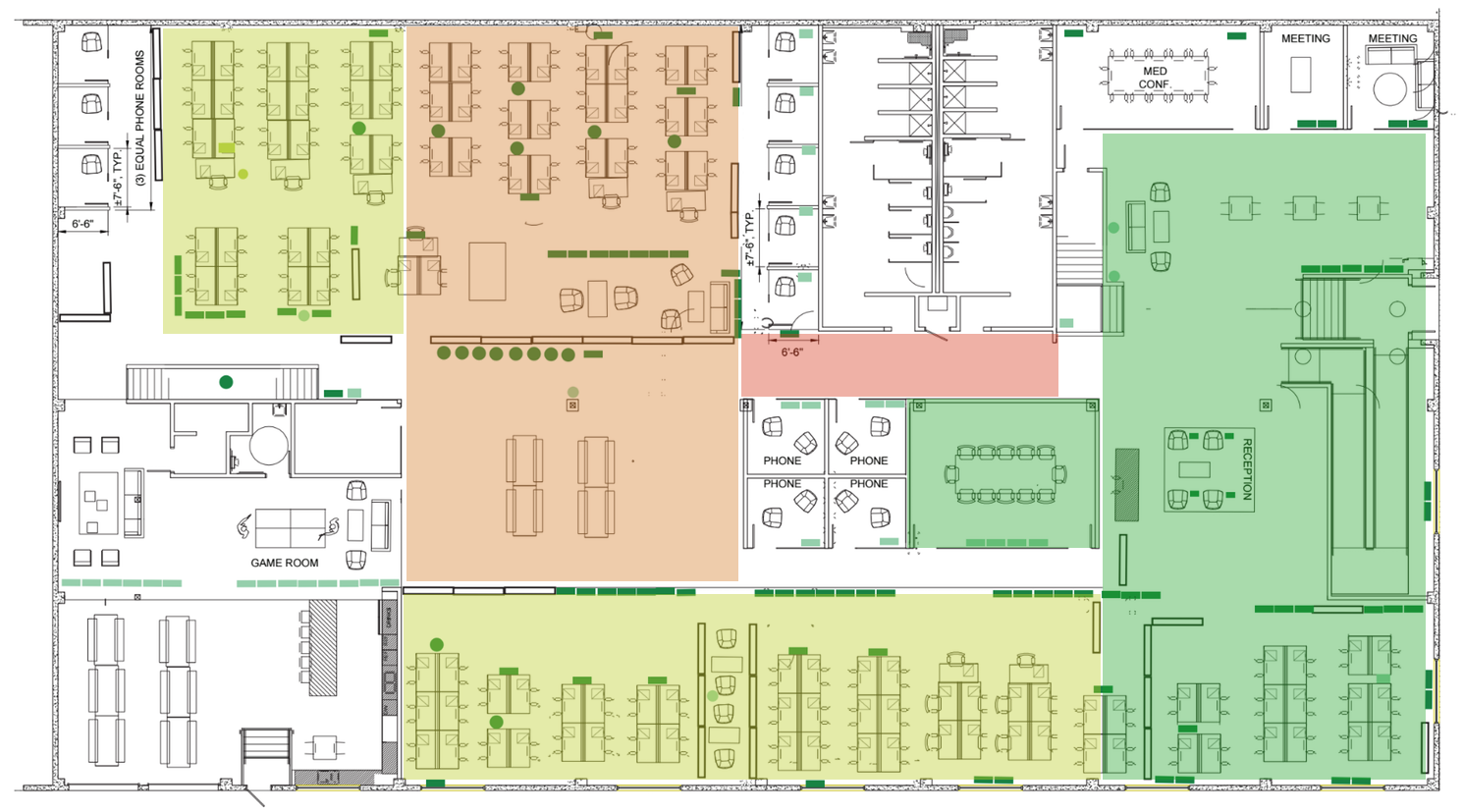 This resolved the mystery. The front of the office where visitors hang out was twice as quiet (10dB quieter) compared to the areas where the people work. Both sets of anecdotal stories were right. When I showed this graph to Tony, one of our security guards, he said “Oh yeah, it’s WAY quieter up at the front of the office, even at night.”

What to do about it?

We can’t immediately ditch our open floor plan (although we’re looking at various options for our next office.) But this new noise level data gave us an obvious way to reduce distractions: the teams needing the quietest work area (engineering, product and design) should move to the quietest part of the office.

We’re still dialing in parts of the office that became a bit cramped, but a re-run of our original focus survey with the team showed that total focus time had increased from 45% to 60% of time in the office! In a purely numerical sense, you could equate that to hiring 10–15 people. It also feels awesome to focus.

The combination of survey and noise data has been incredibly helpful in iterating towards a more productive office, and we still have lots of ideas to test. For example, we’ve started an experiment with some teams in a new “war room” layout, and will keep looking for other ways to optimize the environment to be productive and fun, measuring results as we go. Would love to share results if you’ve experimented and measured results in your own space.